Recruitment Package may include:

Clark Memorial Health has been providing superior health care to residents of southern Indiana since 1922. CMH offers a comprehensive range of inpatient and outpatient services on a 22-acre campus that includes a 241-bed acute care facility, two medical offices, and an outpatient surgery center. CMH is part of the Regional Health Network of Kentucky and southern Indiana, a joint venture between Norton Healthcare and LifePoint Health.

Situated on the Ohio River, Jeffersonville is full of historic sights & attractions. Conveniently located in southern Indiana a stones throw from the bustle of Louisville, Kentucky.

Jeffersonville is one of several southern Indiana communities that are part of the greater metropolitan area of Louisville, Kentucky known as Kentuckiana.  With a total population of more than one million people, the area is rich in culture, commerce, history, dining, shopping, sports and entertainment.

Visitors with an appetite will find a wide variety of dining options along Jeffersonville's riverfront, in downtown Louisville or in New Albany's developing foodie scene.  Restaurants in the area offer southern cooking, ethnic cuisine, wines and craft beers as well as farm-to-table dining experiences.  For those that prefer to stay home, the area has many farmers' markets to choose from including the Jeffersonville Farmers' Market.

A popular three-week celebration known as the Kentucky Derby Festival attracts hundreds of thousands of visitors from across the globe to celebrate and witness "the greatest two minutes in sports," The Kentucky Derby. As part of the festival, locals and tourists are treated to events such as a balloon race, boat race, parade and "Thunder over Louisville," the largest fireworks display in the continental United States. The infamous horse race is held on the first Saturday in May at Churchill Downs, just 15-minutes from Jeffersonville. 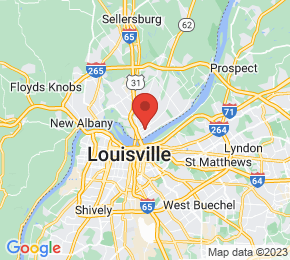 Clark Memorial Hospital has provided superior health care services to the residents of southern Indiana since 1922.  The hospital is a 241-bed, acute-care facility located on a 22-acre campus.  The campus also includes two medical office buildings and an outpatient surgery center.  Clark Memorial owns an urgent care center and a diagnostic imaging center.  Additionally, it manages its growing physician offices through the Clark Physician Group, which employs more than 50 providers that includes physicians, physician assistants and nurse practitioners.

Together, Clark Memorial's 1,600 employees and more than 200 active medical staff bring the culture of patient-centered care to nearly 90,000 patients each year.  With a long-standing tradition of care and continuous expansion of new programs and services, Clark Memorial Hospital is truly a premier health care provider and a standard for excellence in the region.

Clark Memorial Hospital is part of the Regional Health Network of Kentucky and Southern Indiana, a joint venture between Norton Healthcare and LifePoint Health.