Less than 100 miles from the Grand Tetons and Yellowstone.

Work at one of America's top hospitals and a facility that the White House has selected to use when government officials are in the area.

Live in a picturesque setting ideal for families and outdoor enthusiasts 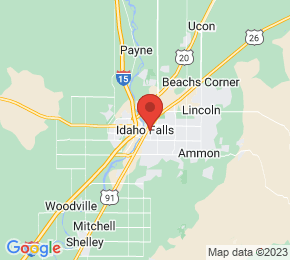 With patient safety always at the forefront, EIRMC is the first Idaho hospital to “go digital” with technological innovations that include a pharmacy robot, bedside bar-code scanning, and electronic medical records.

The hospital is home to Idaho’s only Level 1 Intensive Care Unit, and in 2005, EIRMC received the Beacon Award for Critical Care Excellence from the American Association of Critical-Care Nurses.  Only 10 other American hospitals were similarly honored.

EIRMC was also honored in 2007 by Qualis for the hospital’s quality improvement work in the realm of preventing hospital-acquired infections – the only Idaho recipient of that award.

EIRMC won the Organ Donation Medal of Honor from the U.S. Department of Health and Human Services in both 2006 and 2007, for its exemplary record of organ donations.  Its 88 percent conversion rate was well above the national average of 55 percent.

In 2004, the hospital received national Trauma Center designation by the American College of Surgeons’ Committee on Trauma, a distinction belonging to just 188 of America’s 5,600 hospitals. EIRMC also earned a rare “Comprehensive” ranking for cancer services by the same organization’s Commission on Cancer in 2004.

Further recognitions include the Gold Star Award in 2004 from Idaho Sound Beginnings, and the Respiratory Care Recognition Award by the American Association of Respiratory Care.  EIRMC is also proud of its “gold standard” bariatrics program.

EIRMC is fortunate to offer a variety of services not available elsewhere in the state, including a ventilator-weaning service called ReSCU; perinatalogy services for high-risk pregnancies; neonatology services for extremely premature and critically ill infants; and gynecologic-oncology services provided by specialists who focus only on cervical, ovarian, uterine, and other reproductive cancers in women.

EIRMC is also home to the area’s only multi-person hyperbarics chamber and is regarded as the region’s leader in wound care.

In addition to providing superior medical services, EIRMC is also an active and involved corporate citizen, donating time, money, and sponsorship to a rich variety of community causes.