This job was posted 5 days ago. Be one of the first applicants.

Qualified Candidates: Incentive/Benefits Package: About CareNow Urgent Care: Nashville is home to nearly 2 million people, more than 53,000 businesses, and over 500 healthcare companies are headquartered in the Nashville region, making healthcare the #1 industry.  Tennessee has the second lowest state and local tax burden per capita, and no state income tax.  Nashville ranked “Top 10 city to live after the pandemic” by Today and the Wall Street Journal ranked Nashville the second hottest job market in the country (2020).

Middle Tennessee is well known for beautiful scenery, communities rich in history, a mild four-season climate and outstanding entertainment.  Nashville, the capitol of Tennessee, is a thriving metropolitan city with a population of approximately 600,000 (1.6 million SSA) offering a superior lifestyle and one of the best medical communities in the country - and NO State Personal Income Tax.

Nashville is repeatedly recognized as one of the country’s top cities for business and future growth. In 2011, Forbe's magazine rated Nashville #3 as America's Next Big Boom Towns and Kiplinger's magazine rated Nashville as their #3 "Best Value City", based on vibrant economy, reasonable living costs, and great amentities.  Previously Modern Physician Magazine listed Nashville as 7th on "The List" of the top 75 places to run a medical practice in the country. Population, malpractice premiums, Medicare reimbursement, labor costs, state income tax (TN has none) and education attainment were criteria used in the ranking. In 2011, Nashville was given a Top 5 ranking by Travel & Leisure for its "Affordable Getaways" and "Friendliest City" categories.

Long noted as the “Athens of the South” for its sixteen institutions of higher learning it also provides outstanding Private/Parochial options with strong Public Schools and an expanded Library system. While the city is perhaps best known as “Music City” for its Country music beginnings, it has matured to offer wide-ranging venues from Jazz/Blues to the new Schermerhorn Symphony Center.  The city’s beautiful tree-lined streets, excellent park system, two local lakes, Sports complexes. 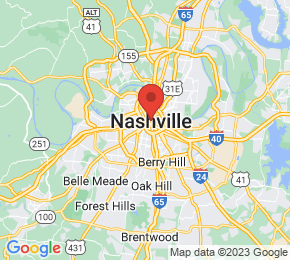 Each CareNow® clinic is staffed by qualified and experienced healthcare providers dedicated to improving lives. Our doctors and medical staff are trained in family practice, emergency medicine or internal medicine. We offer a wide range of primary and urgent care services for the entire family. From regular check-ups to flu treatments, we’re here for you.