·        Working within an all-inclusive, high-volume group

·        Benefits package includes time away for vacations and conferences, health/vision/dental insurance along with full malpractice coverage, disability coverage, deferred compensation and 403(b) with employer match

·        Generous sign-on bonus with eligibility for an annual bonus

·        Our lifestyle options have something for everyone, from the downtown districts for those enjoying a trendy urban flair, to family-oriented communities with top-rated public and private schools.

·        We have ample outdoor activities including large public parks for your kids and pets, hiking and biking trails, abundant lake access for kayaking, fishing and paddle boarding, with Florida’s beautiful beaches only an hour away. 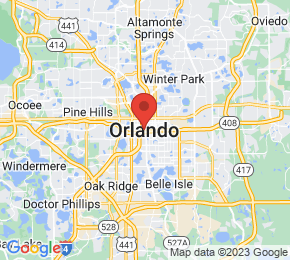 Orlando Health is a not-for-profit healthcare organization with $7.6 billion of assets under management that serves the southeastern United States. Headquartered in Orlando, Florida, the system was founded more than 100 years ago.

The healthcare system is recognized around the world for its pediatric and adult Level One Trauma program, co-located at Orlando Health Arnold Palmer Hospital for Children and Orlando Health Orlando Regional Medical Center, where more than 50 victims of the Pulse nightclub mass shooting were treated in June 2016. The system is also home to the only state-accredited Level Two Adult Trauma Center in the St. Petersburg region at Bayfront Health St. Petersburg. Orlando Health Winnie Palmer Hospital for Women & Babies houses the nation’s largest neonatal intensive care unit under one roof and is the only facility in the southeast to offer open fetal surgery to repair the most severe forms of spina bifida. Orlando Health also operates the National Training Center for Olympic athletes and the Orlando Health Network, which is recognized as one of the largest and highest performing clinically integrated networks in the region. The system’s Graduate Medical Education (GME) program hosts more than 350 residents and fellows including more than 40 who are enrolled at Bayfront Health St. Petersburg.