Boston, also known as "Beantown" or "The Hub," is one of the largest cities in the United States, and the largest city in both Massachusetts and New England (Maine, New Hampshire, Vermont, Massachusetts, Rhode Island, and Connecticut). Boston is also the capital of The Commonwealth of Massachusetts.

Boston is located on the eastern Massachusetts coast, at the mouth of the Charles River which separates Boston from Cambridge, and is on Boston Harbor. The Boston Metropolitan area is home to many Fortune 500 company headquarters, including well-recognized names such as Raytheon, Staples, TJX, and EMC. The Boston economy is founded on the education, health care, finance, and technology (information technology and biotechnology) industries. Some of the nation's most well-regarded teaching hospitals are based in Boston, including Massachusetts General Hospital, Beth Israel Deaconess Medical Center, and Brigham and Women's Hospital. Boston is also home to mutual fund giant Fidelity Investments.

Boston is a city of neighborhoods, from Allston to Roxbury, with the Back Bay, Beacon Hill, Charlestown, Dorchester, East Boston, the North End, and more in between. Each has its own unique character, history, and charm. Boston is physically a relatively compact city and it is a good walking city. It is relatively easy to walk from one of the neighborhoods all the way to the Boston waterfront on Boston Harbor.. 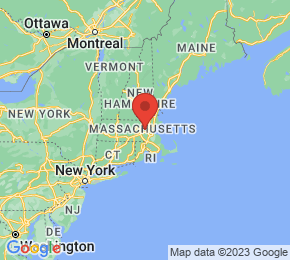