Join an established practice in the Murray Hill neighborhood of New York City. They are welcoming a BC/BE Psychiatrist for a full-time, permanent, and employed position. Work with a team of providers who all speak Spanish - a Neurologist, Physical Medicine, and Rehab physician, and highly qualified Administration staff. Practicing psychiatrists, as well as new graduates, are all welcome to apply. Sorry, no visa support.

You will be treating/evaluating (prescribing medications, therapy, psychological testing, cognitive testing, etc.) patients with a variety of needs ranging from general psychiatric conditions to patients with head trauma and TBI/PCS. Enjoy working with a collaborative team of psychologists and social workers for your patients? therapy and testing.?

New York City comprises 5 boroughs sitting where the Hudson River meets the Atlantic Ocean. At its core is Manhattan, a densely populated borough that?s among the world?s major commercial, financial and cultural centers. Its iconic sites include skyscrapers such as the Empire State Building and sprawling Central Park.

New York City, officially the City of New York, historically New Amsterdam, the Mayor, Alderman, and Commonality of the City of New York, and New Orange byname the Big Apple, city and port located at the mouth of the Hudson River, southeastern New York state, northeastern U.S. It is the largest and most influential American metropolis, encompassing Manhattan and Staten islands, the western sections of Long Island, and a small portion of the New York state mainland to the north of Manhattan. New York City is in reality a collection of many neighborhoods scattered among the city?s five boroughs - Manhattan, Brooklyn, the Bronx, Queens, and Staten Island - each exhibiting its own lifestyle. Moving from one city neighborhood to the next maybe like passing from one country to another. New York is the most populous and the most international city in the country. Its urban area extends into adjoining parts of New York, New Jersey, and Connecticut. 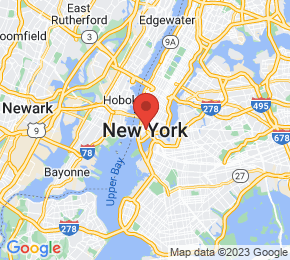