The Department of Neurological Surgery at Tulane University School of Medicine is seeking a board certified or eligible neurosurgeon to join the faculty.

Qualified Candidates: Incentive/Benefits Package: About Tulane Medical Center:
New Orleans, LA, nicknamed the “Big Easy,” offers an unparalleled nightlife and music scene. It also delivers a world-famous food and culinary experience unlike any other. The city has been named #1 Most Improved on the “Best Business Cities” list by the Wall Street Journal. There are numerous neighborhoods to explore especially if you are seeking charm and character - Warehouse District, Garden District, Gentilly, and many others. Whether a townhouse, double gallery home, center-hall or bungalow – we have the community for you. Some of the biggest employers in the city include Tulane University, Entergy Corporation, and Whitney Holding Corp.

New Orleans is one of America's most livable and interesting cities, a harmonious blend of old and new. Cradled within a crescent on the the lower Mississippi River, New Orleans began as a French colony in 1718. It was ruled alternately by the French and Spanish until the Louisiana Purchase by the United States in 1803. The French Quarter, or Vieux Carré, is the site of the original settlement. The Quarter streets remain essentially as they were 250 years ago. Much of the city's charm is reflected here in its architecture, language, cuisine and unique traditions. From the Vieux Carré, the city spreads to other areas, each with distinctive culture, architecture, and traditions. The Garden District is a magnificent assemblage of ante-bellum and Victorian mansions. Other popular residential areas are found in the uptown university section and along the shores of Lake Pontchartrain.

Enthusiasts of boating, fishing, tennis, biking, roller-blading, jogging, and other outdoor activities appreciate the year round mild climate. Numerous 5K and 10K races are scheduled throughout the year. Cultural offerings include symphony, theater, opera, the New Orleans Museum of Art, the nationally-acclaimed D-day Museum, the world-class Audubon Zoo and the Aquarium of the Americas. The city is also home to the New Orleans Saints NFL football team, and the New Orleans Zephyrs AAA baseball team, and the New Orleans Brass Ice Hockey Team. Cultural and recreational opportunities abound. Residents may take advantage of numerous recreational programs and facilities. Both Audubon Park and City Park are within easy reach of the medical school. Tickets to Tulane University football and basketball games are free to Tulane University students and are available at discounted prices to members of the University community.

Southeast Louisiana's proximity to the Gulf of Mexico and its abundant bayous, lakes, and rivers make it a paradise for seafood lovers. The world-famous cuisine of this city, a unique blend of French, Spanish, Caribbean, African, Latin American and Southern US influences, is served in restaurants ranging from elegant, old-line establishments to small, family owned ethnic and neighborhood favorites. New Orleans is an extremely affordable city. Reasonably priced housing of all kinds is widely available. Abundant opportunities for free or inexpensive recreation include beautiful urban parks, street musicians and artists, and the city's hundreds of National Historic Register landmarks, streets and neighborhoods. 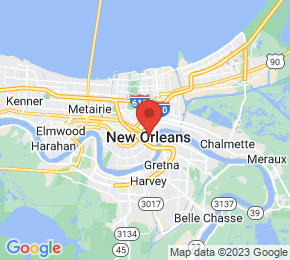 Tulane Medical Center is an award-winning hospital and ER in New Orleans and offers advanced medical care in the Jefferson and Orleans parishes. The emergency room (ER) is within walking distance of the French Quarter, with fast average ER wait times.

The New Orleans hospital provides expert medical care for children and adults. Our doctors specialize in the routine care of infants, children, adolescents, and adults, providing a wide range of pediatric and family care services. Make an appointment with one of our medical experts today!